Explanation of the Ḥadīth of Kaʿb ibn Mālik

A series of lectures from the 2009 Toronto seminar,  From the Gems of the Sunnah: Benefits from the Story of Kaʿb ibn Mālik, explaining the great ḥadīth of Kaʿb ibn Mālik and his patience, compliance and obedience of the orders of the Messenger of Allāh (ﷺ). This ḥadīth is one which makes the heart melt, and the eyes shed tears.
Abū Muḥammad, Audios, Conferences, Explanation of Ḥadīth, Ḥadīth, Kaʿb ibn Mālik
Jun 26, 2015  |  Leave a Comment 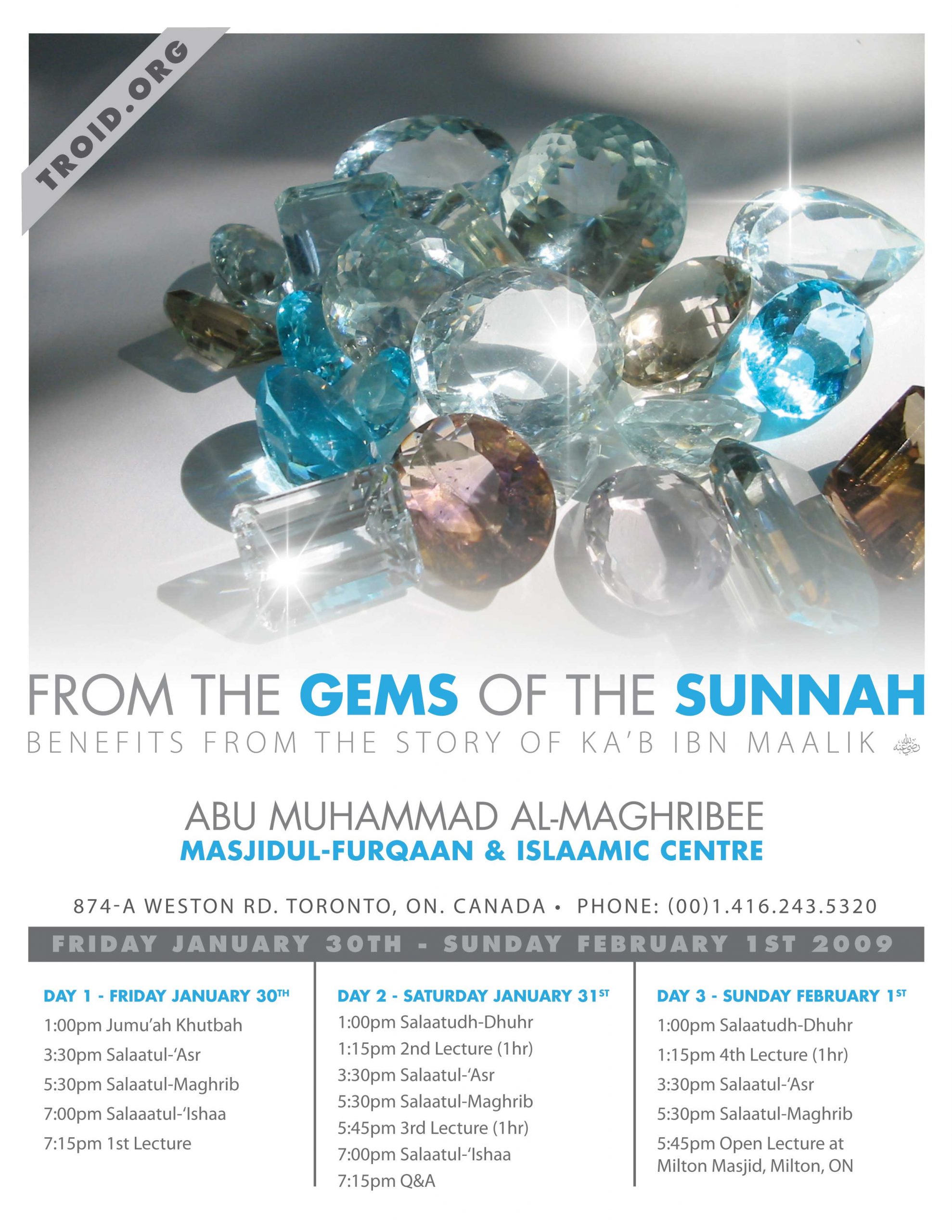 Our noble brother Abū Muḥammad al-Maghribī (ḥafiẓahullāh) goes through the great ḥadīth of Kaʿb ibn Mālik (raḍī Allāhu ʿanhu), outlining this noble Companion’s truthfulness to Allāh and His Messenger, and the compliance and acceptance of his boycotting and separation from his wife with the utmost of patience. Abū Muḥammad al-Maghribī includes benefits from the explanation of the ḥadith by Shaykh Muḥammad ibn Ṣalīh al-ʿUthaymīn (raḥimahullāh) in ‘Sharḥ Riyāḍ al-Ṣāliḥīn’ of Imām al-Nawawī Vol. 1, ‘Chapter of Ṣidq’ (truthfulness), along with commentary from ‘Fat‘ḥ al-Bārī’, which is the explanation of Ṣaḥīḥ al-Bukhārī by Imām Bulūgh al-Maram Vol. 7.

The Difference between Someone’s Name, Th…

The Importance of Studying the Qurʾān

Refuting the Errors of the Muqallidīn and…

99 Names of Allāh on Your Hands?

The Difference between Someone’s Name, Th…

The Importance of Studying the Qurʾān