Lectures from the seminar entitled, Be in This World as a Stranger, which took place in May 2016. Ustādh Abū Ḥakīm utlises Imām Muḥāmmad ibn Ṣāliḥ al-ʿUthaymīn’s explanation of al-Bukhārī’s collection.
Abū Ḥakīm, Audios, Heart Softeners, Naṣiḥah
Jun 9, 2016  |  Leave a Comment

It is a must that we as believers prepare for the meeting with Allāh, amending the attitude we should have with regards to the dunyā, since Allāh has blessed us to be from amongst those who recognise and understand the ḥaqq, whilst it has passed many who have lived and existed in the dunyā not having realised and understood the purpose of their existence within it. So know, O Sunnī! That it is a blessing from the blessings of Allāh that He has made you from those who realise and recognise and have taken account of themselves early, whilst still in their youth. This was from the mannerisms of Ahl al-Sunnah from the Ṣaḥābah, since many of the Companions were youth, but they were youth who used to fear Allāh. Likewise, we saw the same was the case with the generation which came after them from the Tābiʿīn, those who were near to Allāh and were known for their abstention from this dunyā, and those from the following generations likewise.

Thus, the affair of zuhd was something which we saw from this ummah, and that was because they understood their relationship with their Lord, and the purpose of their existence within this dunyā, and so this affair caused many of them to author books concerning this topic in order to inform those who did not know and remind those who may have forgotten. They understood the religion in its totality, its creed, and its foundations, and they understood the affair of zuhd well and placed it in its place, unlike those who, through their misunderstanding went astray, from the likes of the people of taṣṣawuf, and al-Ikhwān al-Muslimūn.

Al-Imām Muḥammad ibn Ismāʿīl al-Bukhārī (raḥimahullāh) in his Ṣaḥīḥ collated a number of ḥadīth revolving around the affair of al-Raqāʾiq under a book which he placed in his collection known as Kitāb al-Raqqaq which he added among his Ṣaḥīḥ. Our noble brother Abū Ḥakīm Bilāl Davis goes through a collection of aḥādīth whilst also drawing upon the beautiful sharḥ of Shaykh Muḥammad ibn Ṣalīḥ al-ʿUthaymīn (raḥimahullāh), causing the listener to reflect deeply upon the true reality of this world and its seductive lures. 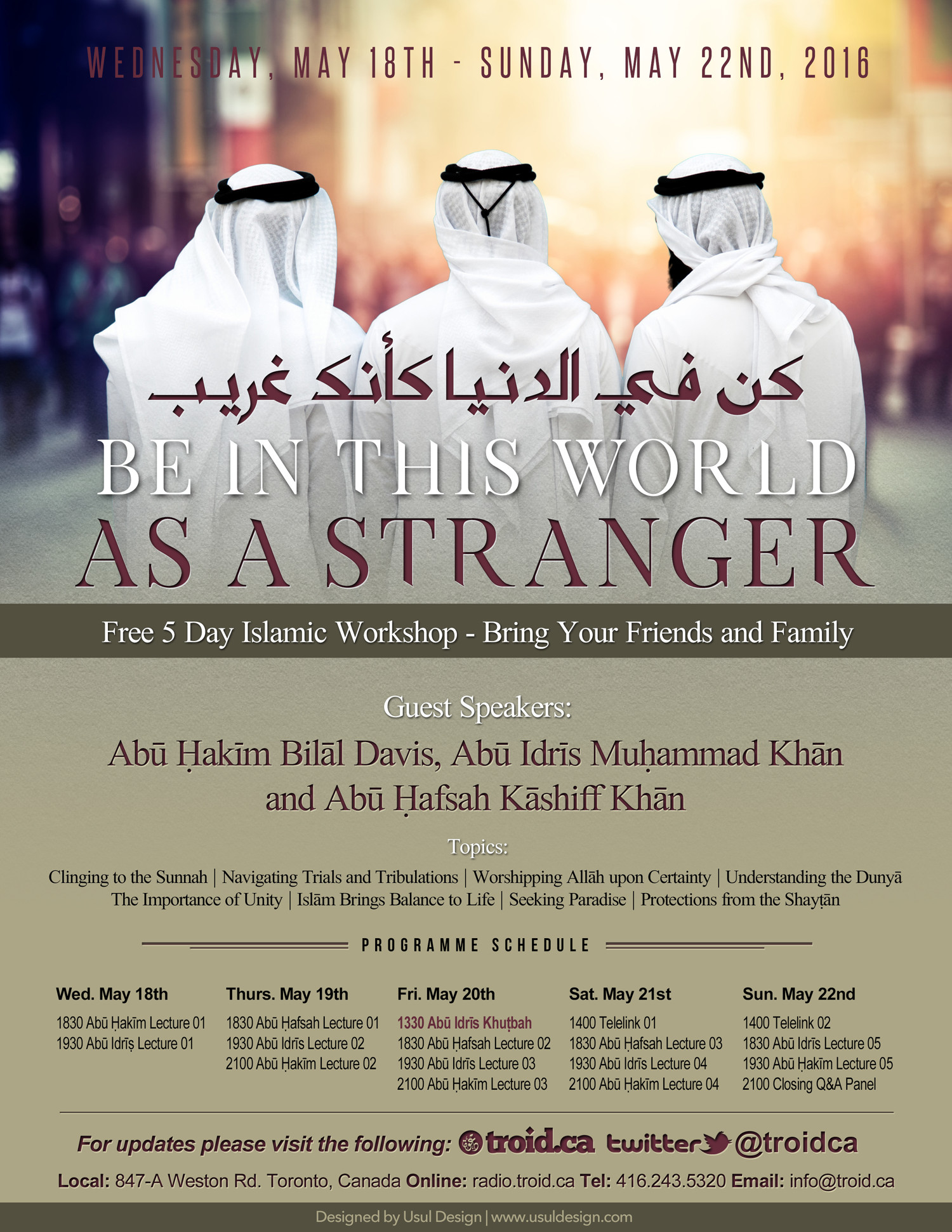 Q&A Session: Be in This World as…

The Legacy of the Prophetic Methodology