Explanation of the Prophet’s Prayer ﷺ

An excellent and in depth series on the Prophet’s Prayer Described by Abū Muʿādh Taqwīm Aslam using the explanation of the Shaykh Muḥammah ibn Ṣāliḥ al-ʿUthaymīn (raḥimahullāh). In this very interactive seven part series, our noble brother goes into detail concerning the prayer and includes a number of scenarios in which certain rulings may differ. What you will find in this lecture series is an explanation of: 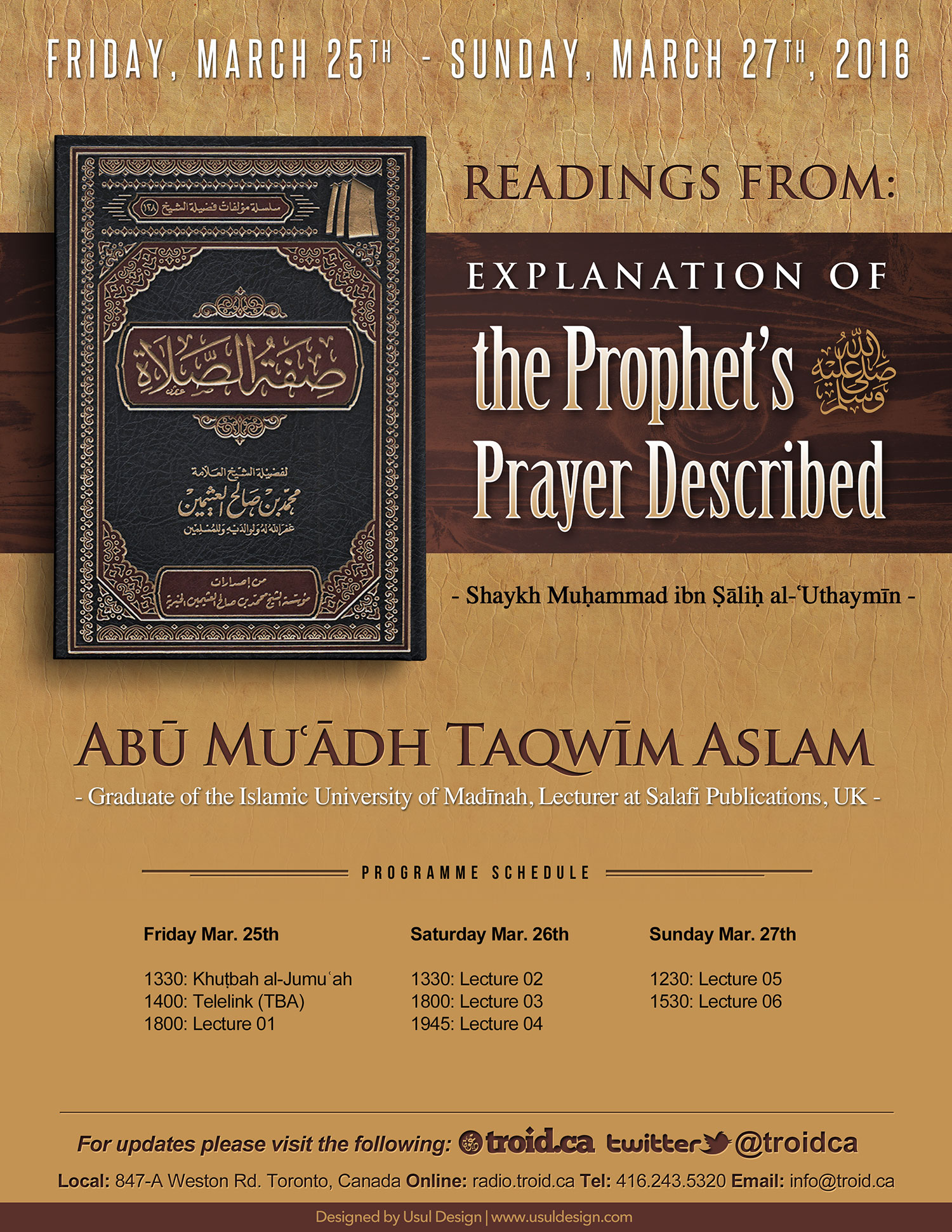 The Distinguishing Signs of Ahl al-Su…

Our Methodology When Differing Occurs