You Cannot Count the Blessings of Allāh

A powerful khuṭbah concerning the blessings of Allāh, all of which we could never even begin to enumerate, and the greatest of which is guidance to Islam and the Sunnah.
Audios, For the Muslims, Heart Softeners, Naṣiḥah, Shaykhs and Students of Knowledge
Feb 27, 2017  |  Leave a Comment

O Servants of Allāh, listen to the statement of Allāh in the Qurʾān when He says,

“And if you count the Blessings of Allāh, never will you be able to count them”
[Sūrah Ibrahīm,14: 34]

Indeed, were you to enumerate the blessings of Allāh, you would not be able to do so. Such are the great number of blessings that Allāh bestows upon his servants. Consider the narration which the Prophet (ṣallallāhu ʿalayhi wa-sallam) mentioned in the Ḥadīth Qudsī where Allāh, the Mighty and Majestic says,

It is upon us to accept and recognise the blessings of Allāh so that we may be from those whom He is pleased with. The blessings of the food you have, the clothes you have, the homes you have; and from the greatest of all of those blessings is the blessing of guidance from Allāh (subḥānahū wa-taʿāla) who has guided you to Islām. Allāh mentions in the ḥadīth Qudsī, ‘All of you are misguided except the ones whom I have guided, so seek your guidance from Me and I will guide you.’ And that is what you do in every prayer when you say,

You are asking Allāh to guide you to the truth, to tawḥīd and the Sunnah, and to keep you away from misguidance, shirk and bidʿah. That guidance which you have been given is from the tremendous blessings of Allāh upon you. The fact that you are sitting here right now, attending the Jumuʿah prayer that has been legislated upon you; that in itself dictates that you be grateful to Allāh (subḥānahu wa-taʿāla). Perhaps some years ago you did not find yourself in the Jumuʿah prayer, or even establishing the daily prayers, then after those years Allāh guided you to the truth, to Islām, tawḥīd and the Sunnah, and that is indeed from the greatest blessings of Allāh upon His servants.. How many there are on the streets who call themselves Muslims, yet do not know of the Jumuʿah prayer and its importance, and neither do they pray or care about the prayer, look to their state. The fact that your state has been changed by Allāh and you find yourself in the Masjid is a tremendous blessing, and you should ask Allāh to let you remain firm upon that guidance once you have been guided.

Do not think that you are safe and secure upon that guidance, for you do not know what will occur to your heart, hence the Prophet (ṣallallāhu ʿalayhi wa-sallam) used to supplicate to Allāh saying,

O servants of Allāh, the blessings of Allāh are not to be forgotten. Indeed, the one who forgets is in a great state of loss. It is a tremendous blessing that Allāh has guided you to the understanding of the methodology of Salaf, and it is upon you to thank Allāh and strive upon this path that He has placed you upon from His favours upon you. So strive and do not let it become wasted before your eyes; strive upon the path of knowledge, for indeed the affair of seeking knowledge is from the greatest affairs which lead to increased īmān. For indeed, the more you learn about your Lord concerning His Names and Attributes, and about the life of the Prophet Muḥammad (ṣallallāhu ʿalayhi wa-sallam) and the sacrifices he made to spread this dīn, the greater your īmān will be.

Indeed knowledge is an affair of honour. A Muslim should be upon knowledge of his religion, not ignorant and only Muslim by name. Look to the narration of Muḥammad ibn Abd al-Raḥmān al-Awqas, an individual who was disfigured, his neck was tiny, his head was in his shoulders, and his shoulders were protruding. He was disfigured in appearance. His mother said to him, ‘You will not go to any gathering of the people except that all of the people will make their jokes about you due to your appearance, so upon you is to seek knowledge my son’, so he said, ‘Those words of my mother impacted me, and so I sought knowledge of the religion.’ Indeed, he sought knowledge until he became the judge of Makkah, and he became honourable due to his knowledge of the religion. Look to how Allāh raised him from a person who used to be mocked due to his appearance, to such an extent that when the people would enter his courtroom, they used to shake in fear due to his level of knowledge. And it is for this reason that ʿAlī ibn Abi Ṭālib said, ‘Sufficient for knowlege is its honour and nobility, since even the one who does not have knowledge claims to be knowledgeable’

ʿUmar ibn al-Khaṭṭāb (raḍi Allāhu ʿanhu), whilst he was Amīr al-Muʾminīn, appointed Nāfiʿ to be in charge of Makkah while he was in Madinah. On one occasion, Nāfiʿ came to visit ʿUmar (raḍi Allāhu ʿandhu) who asked him who he had left in charge of Makkah in his absence. Nāfiʿ said to him ‘I have left a man by the name of ibnu Abza, who was formerly one of our slaves but now he is a free man.’ (Perhaps ʿUmar (raḍi Allāhu ʿanhu) was surprised, thinking the people would not give respect to a former slave). But then Nāfiʿ said, ‘He is a man despite being a slave, that has knowledge of the Qurʾān and the religion.’ So ʿUmar (raḍi Allāhu ʿanhu) said, ‘Indeed you have heard the statement of the Prophet (ṣallallāhu ʿalayhi wa-sallam),‘Verily Allāh raises people through the Qurʾān’ meaning those of knowledge, those who learnt the Qurʾān and Sunnah, Allāh gives them nobility and honour, and others  are debased due to the Qurʾān, because of their negligence and abandonment of the Qurʾān.

So now it is a time to reflect, O Muslims, upon yourselves, are you a Muslim by name with no knowledge of the religion and of what is in the Qurʾān? How will you protect your families and help preserve your societies without knowledge if you yourself do not have knowledge? How will you worship Allāh, and teach your families and children how to worship Allāh? Make this a time of reflection; recognise that these days and nights, they disappear within the blink of an eye, and death will come upon you. What deeds will you take with you? Indeed, it is knowledge which saves one from the Fire and Allāh’s punishment. So reflect, O Muslims, upon the blessings of Allāh for guiding you to this dīn, and thank Him and ask Him to keep you firm upon this straight path. 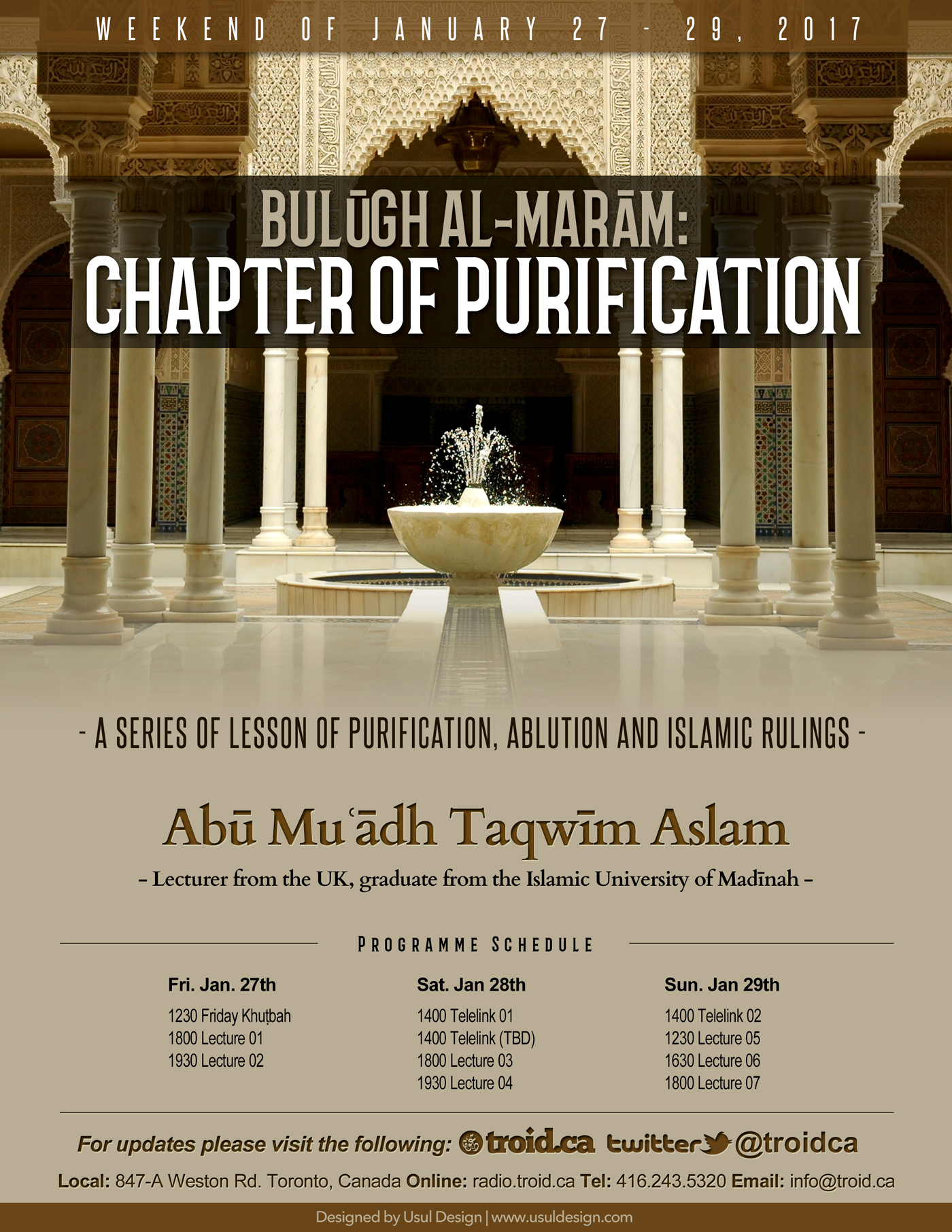 Guard Yourselves from the Two Extremes