The Real Solution to Disunity in the Muslim World

The Muslims would agree that the Ummah is currently disunited. But why? Was it always? What caused it and what remedies it?
Abū ʿIyāḍ, Audios, Lessons in Manhaj, Methodology
Apr 17, 2012  |  Leave a Comment

And hold fast, all together, by the rope which Allāh (stretches out for you), and be not divided among yourselves; and remember with gratitude Allāh’s favour on you; for ye were enemies and He joined your hearts in love, so that by His Grace, ye became brethren; and ye were on the brink of the pit of Fire, and He saved you from it. Thus doth Allāh make His Signs clear to you: That ye may be guided.
[Sūrah Āl-ʿImrān, 3:103]

The speaker reflects upon some of the writings of the Salaf in regards to unity and division in the Muslim ummah, the causes and the cures. He begins by reflecting upon the time when the Muslims were successful and Islām was uppermost, the time of the beloved Ṣaḥābah (Companions). A time where:

By this, they actualised the aforementioned āyah and truly held fast to the rope of Allāh. So Allāh bestowed success upon them, made them the most successful nation, opening upon the bounties of the dunyā, giving them might upon the earth.

وَعَدَ اللَّهُ الَّذِينَ آمَنُوا مِنكُمْ وَعَمِلُوا الصَّالِحَاتِ لَيَسْتَخْلِفَنَّهُمْ فِي الْأَرْضِ كَمَا اسْتَخْلَفَ الَّذِينَ مِن قَبْلِهِمْ وَلَيُمَكِّنَنَّ لَهُمْ دِينَهُمُ الَّذِي ارْتَضَىٰ لَهُمْ وَلَيُبَدِّلَنَّهُم مِّن بَعْدِ خَوْفِهِمْ أَمْنًا ۚ يَعْبُدُونَنِي لَا يُشْرِكُونَ بِي شَيْئًا ۚ وَمَن كَفَرَ بَعْدَ ذَٰلِكَ فَأُولَٰئِكَ هُمُ الْفَاسِقُونَ
Allāh has promised, to those among you who believe and work righteous deeds, that He will, of a surety, grant them in the land, inheritance (of power), as He granted it to those before them; that He will establish in authority their religion – the one which He has chosen for them; and that He will change (their state), after the fear in which they (lived), to one of security and peace: ‘They will worship Me (alone) and not associate aught with Me. ‘If any do reject Faith after this, they are rebellious and wicked.
[Sūrah al-Nūr, 24:55]

So Islām spread to the West and to the East and they were given true victory.

Thereafter, the noble speaker discusses the deviation that appeared amongst the Muslim ummah, something that was prophesized by the beloved Messenger (ṣallallāhu ʿalayhi wa-sallam), in the early generations, foundational groups of innovation that laid the groundwork for most of the groups that exist today, especially Ahlul-Kʿalám (the people of rhetoric) and their detrimental effect upon the ummah. 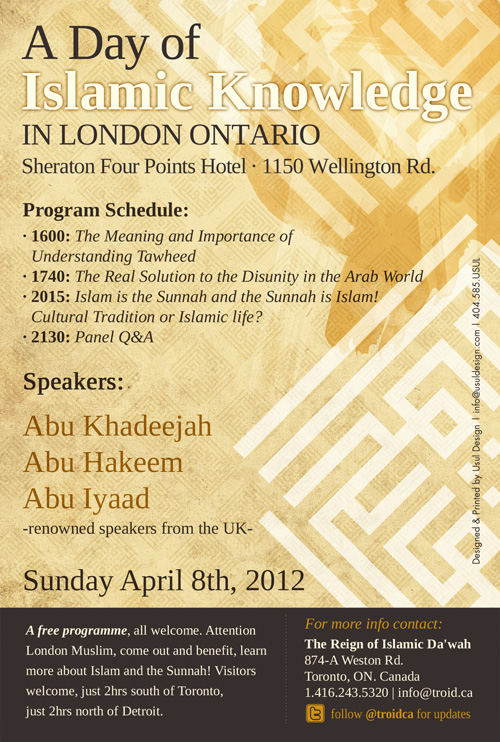 The Meaning and Importance of Underst…

Know That Islām Is the Sunnah and the…